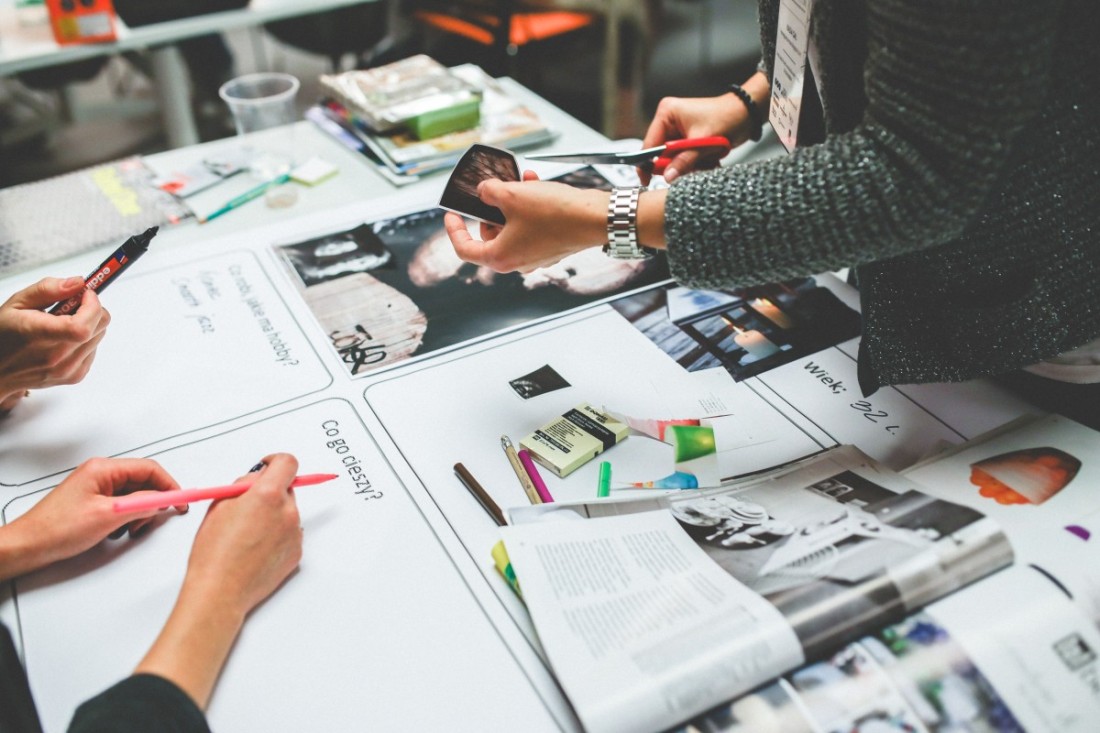 Every day, designers create the world around us: every website you’ve visited, book or magazine you’ve read, every app you’ve used on your phone, every chair you’ve sat on, almost everything around you has been consciously designed by someone.

Since this activity is so important, an area of academia known as design research is concerned with studying how design works, and how to do it better. The ultimate aim for design research is to create a theory for designing a particular thing (such as websites, or books, or apps, or chairs) that teaches us how to design that thing well. One way to try and produce these theories is to actually design a bunch of things (websites or books or apps or chairs), and then document what worked and what didn’t. This is the basic idea behind research through design. In the rest of this post, I’ll explain a bit more about research through design, as well as what we can realistically expect from the theories we produce using this process.

What’s research through design?
Design shifts the world from its current state into a “preferred” state through the production of a designed artefact. My PhD dissertation described the design of two visual analytics tools I developed, with a focus on documenting and theorising those aspects of the design that (a) facilitate the specific user tasks I identified as being important and (b) reduced expertise requirements for users. Thus, the approach to knowledge production was research through design (Frayling, 1993). The distinction between research through design, and merely design, is one of intent. In the former, design is practiced with the primary intent of producing knowledge for the community of academics and practitioners. Consequently, the design artefact cannot stand in isolation – it must be accompanied by some form of discourse intended to communicate the embodied knowledge result to the community. Moreover, this discourse must make explicit how the artefact is sufficiently novel to contribute to knowledge. In a non-research design activity, neither annotative discourse nor novelty is necessary for success.

Why is there no such thing as a complete theory of design?
When designing systems in some domain, it may seem an attractive proposition to seek a theory of design that not only characterises specifically the nature of these systems and how their important properties may be measured, but also prescribes a straightforward, deterministic strategy for the design of such systems. When I started out in my research, I wanted to produce a theory for how to design systems that would let non-experts use visual tools to perform statistics and machine learning. I initially anticipated that such a prescriptive theory would be elusive for multiple reasons, including the nascency of interactive machine learning, the incomplete characterisation of potential applications, and a wariness of the challenges surrounding “implications for design” (Stolterman, 2008).

Towards the end of my PhD, I came to the position (and I still hold it) that a complete design theory is not only elusive, but impossible – not just for visual analytics tools, but any design domain. This is because theory underspecifies design, and design underspecifies theory (Gaver, 2012). Theory underspecifies design because a successful design activity must culminate as an ultimate particular (Stolterman, 2008): an instantiated, designed artefact, subject to innumerable decisions, situated in a particular context, and limited by time and resource constraints. Design problems are inherently wicked problems (Buchanan, 1992); they can never be formulated to a level of precision which affords ‘solving’ through formal methods, and no theory for design can profess to provide a recommendation for every design decision. Conversely, design underspecifies theory, in the sense that an ultimate particular will fail to exemplify some, or even many, of the nuances captured in an articulated theory.

This is not to say that we should do away with theory altogether and focus solely on artefacts themselves. Gaver’s view, to which I am sympathetic, is that design theory is “provisional, contingent, and aspirational”. The aim of design theory is to capture and communicate knowledge generated during the design process, in the belief that it may sometimes, but not always, lead to successful designs in the future.

This post is heavily based on an excerpt from my 2016 PhD thesis:
Interactive analytical modelling, Advait Sarkar, PhD, University of Cambridge, 2016

Zimmerman, John; Forlizzi, Jodi, and Evenson, Shelley. Research through design as a method for interaction design research in HCI. In Proceedings of the SIGCHI conference on Human factors in computing systems, pages 493–502. ACM, 2007.

Gaver, William. What should we expect from research through design? In Proceedings of the SIGCHI conference on human factors in computing systems, pages 937–946. ACM, 2012.

View all posts by advaitsarkar